Since its inception, ClimatePlan has been a part of a sea change in which sustainability has overtaken our long-standing approach to growth of promoting highway expansion and greenfield development. State policy, administrative actions, and regional collaboration have enabled Sacramento (SACOG), the Bay Area (MTC), Southern California (SCAG), and San Diego (SANDAG) to adopt SCSes that prioritize sustainability by meeting their GHG reduction targets while emphasizing co-benefits such as increased transit, infrastructure for biking and walking, better public health metrics, and greater social equity for all.

Unfortunately, making plans to achieve California’s sustainability goals is not the same as actually doing it. For California’s vision of sustainability to become a reality, each level of government – city, county, region, and state – must play its part and honor its agreements. In particular, the quality of SCS implementation relies on the degree to which local governments – primarily cities and counties – adhere to these plans.  We are, unfortunately, beginning to see local self-interest and inertia trump regional agreements and statewide priorities in Sacramento and Southern California. 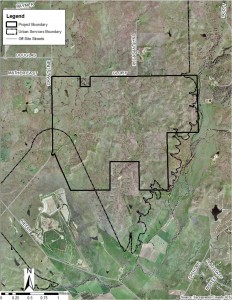 We discussed the Cordova Hills project’s shortcomings in February 2013. The project includes 8,700 housing units and 1 million square feet of office and commercial space on 2, 700 acres of land in southeastern Sacramento County currently  occupied by grasslands and vernal pools. The project lies outside of the boundary delineated in the 2012 MTP/SCS and is far from job centers, which means residents will need to drive to get anywhere. Despite the fact that this project undermines the MTP/SCS and California’s vision for sustainability, Sacramento County approved the project.

It is disappointing to see sprawl-inducing projects like Cordova Hills get approved. Fortunately, ClimatePlan partner ECOS is engaged and making sure these types of developments do not move forward. Because the project, as approved does not include a university as originally planned, the Sierra Club and ECOS sued Sacramento County for violating CEQA, stating that, without the potential employment center provided by the university, residents will drive more, contributing to regional VMT and increased pollution.

Not only does Cordova Hills fall far outside the regional blueprint footprint, it proposes a large number of units to a region that has already planned for way more housing growth than it can reasonably expect to accommodate over the next 20 years.  A recent SACOG analysis found that more than 650,000 homes and apartments are in some stage of planning across the region, demonstrating that, although local governments continue to pursue land use decisions that aren’t consistent with the SCS, in truth we don’t need to replicate the mistakes of the past. Instead of pursuing the kind of sprawl-inducing developments that led to the great recession, we need to focus on housing developments and projects that reduce VMT, GHG, and further our state’s sustainability goals.

If you are in Sacramento, we encourage you to attend the court hearing on Cordova Hills and speak out against classic leapfrog development. Information is below:

If you plan to attend or want to submit a letter of support, please contact Matt Baker at [email protected] 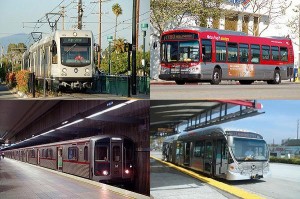 You can imagine our shock, then, when we saw that Metro’s GHG emissions actually increased between  2014 and 2024, despite the fact that the plan invests $45 billion –  over 80 percent of the entire budget – to fund LA County’s transportation system.  There are a number of reasons why Metro’s short range transportation plan falls short:

1) Although 80 percent of funds are committed to transit, none of the six rail projects listed in the short range transportation plan open until significantly after 2024. It is hard to expect significant GHG reductions from transit by 2024 when major rail projects are so significantly delayed.

3) The total funding allotted to active transportation is vanishingly small compared to other priorities, proposing just $500 million (a mere 0.6% of the total plan budget) for programs that are proven to reduce GHG and VMT.

Without a short range transportation plan that prioritizes and adequately funds active transportation and rail, the SCAG region will surely fall short of its GHG reduction target, weakening the RTP/SCS significantly.

If you are in Los Angeles, we encourage you to get involved! Sign on to ClimatePlan partner Safe Routes to School National Partnerships letter pushing for Metro to align with the SCS and prioritize active transportation.  Or if you’re interested in attending a meeting, click here to view the schedule.

If there are any questions about the sign on letter, email Jessica Meaney  or Rye Baerg.

Despite these implementation challenges, ClimatePlan partners remain committed to ensuring the SCSes are implemented in a timely and effective manner at the local level. ClimatePlan knows that SCS implementation in each region is critical to realizing the state’s sustainability goals. To that end, we’re currently developing a tool to monitor implementation at the regional level and help advocates and residents hold their local agencies and elected officials accountable to the commitments they made and to ensure that the state of California is on track to meet (or exceed) its climate goals. Stay tuned for more information on this project and highlights on SB 375 implementation.