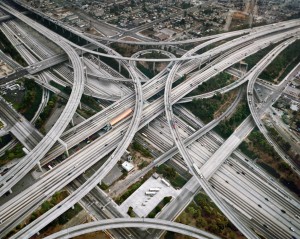 Today, two analyses from ClimatePlan partners take a deeper look at the implications for our movement. Transportation, land use, and environmental advocates have long lamented Caltrans’ focus on building and maintaining roads in the face of climate change and mode shifts, and greeted the report’s exhortation for Caltrans to align its mission with statewide goals embodied in SB375 with enthusiasm. ClimatePlan steering committee member, NRDC’s Amanda Eaken, was first out of the blocks with a reaction this morning, encouraged that “the report recognizes the change in transportation culture that is occurring, where new priorities, including reducing greenhouse gas emissions and fostering compact and livable development, have replaced a backward-looking focus on road-building.”

Jeanie Ward-Waller from Safe Routes to School National Partnership also weighed in with an insightful summary, noting that its focus on building highways exclusively prevents Caltrans from implementing a complete streets agenda and called attention to additional recommendations directed at reforming the agency’s organizational culture, such as better collaboration with other state agencies and ensuring two-way communication with local stakeholders.

I know bike/ped advocates will be particularly pleased with the report’s directive to “generally rethink its approach to facilities in metro areas and town centers,” and ‘”give designers the option of using NACTO urban design standards.” This shift could have major impacts on efforts to update our streets in cities and towns to better serve all users.

So far, the response from Brian Kelly, who heads the state transportation agency (which oversees Caltrans) has been supportive. I know I speak for us all when I say we look forward to seeing how this report spurs a modern overhaul of Caltrans!