Last Friday, ClimatePlan partner ECOS suffered a disappointing setback in its effort to halt the development of the infamous Cordova Hills project, when a judge rejected their legal challenge to the SCS-busting development. Although a potentially VMT-mitigating university never materialized, the Sacramento County Board of Supervisors approved the project, to the chagrin of many. Not only will the project increase VMT, its approval undermines the region’s collaborative ethos and jeopardizes Sacramento’s standing as it competes for funds (including, potentially, cap-and-trade money) to implement the state’s climate goals. 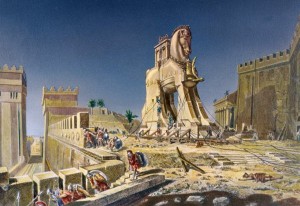 Cordova Hills opponents contested the supervisors’ approval on the grounds that, without a proper commitment to a university, the developer was engaging in a “bait-and-switch” for which the environmental impact report did not fully account. That the Sacramento County Board of Supervisors would approve the project without a new EIR to consider the impact of losing the university charts a new course for sprawl developers to follow. In fact, we have already begun to see this strategy emerge in Fresno County, where a proposed pharmacy school  is being used to take the sting off leapfrog development in the foothills. Most troubling is the judge’s willingness to interpret the case in favor of the developer, finding that, under current state law, the county had to assume that the university will be built, despite a lack of successful forward momentum toward that goal.

In the face of community opposition, is this all that project developers need to do? Propose the inclusion of a major co-located employer to ensure some jobs are close enough to preserve the core principles of smart growth and SB 375’s main goal of reducing VMT, but never really commit to it? It seems like we may see more of these Trojan universities if this approach is upheld.