Below is an excerpt from ClimatePlan Steering Committee member Stuart Cohen’s analysis of the latest budget negotiations involving cap and trade revenue investments. 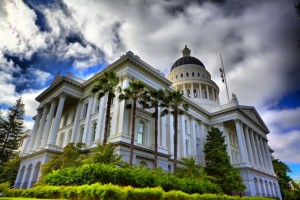 Yesterday, the Governor and legislature reached an agreement for investing billions in cap-and-trade proceeds for this coming year, as well as a framework for future years.   It reflects many of the core priorities of TransForm and our partners in the Sustainable Communities for All Coalition (SC4A), though it falls short in a couple of key areas.

By Sunday, June 15, the legislature will vote on this final plan, and until then there will be continued maneuvering to define exactly how, and through which agencies, the funding is distributed.

What is in the plan?   And, now that we have the funding outline, how can we maximize the gains for climate protection, social equity and California’s communities, and our most disadvantaged communities? Let’s start with the plan.

In the first year of the program’s funding (2014-15), transportation-related programs will receive over 70% of the $872 million allocated.  This includes:

In future years (beginning in 2015-16), 35% of cap-and-trade proceeds will go to the Sustainable Communities Program and transit on an annual basis. This breaks down as follows:

The large remaining amount of funds will be distributed as follows:

This final agreement represents a true compromise that can provide the resources our state and regions need to protect our climate, grow a sustainable economy, and improve public health.