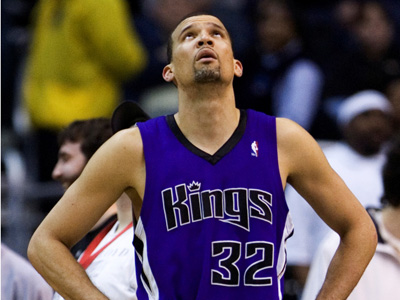 What do the hoop dreams of a software mogul have to do with CEQA reform?  As of last night, everything.  In the waning days of session, strange things happen in Sacramento.

Late last night, Senate President pro Tem Steinberg announced that he cut a deal with Governor Brown to abandon SB 731, his main CEQA reform bill, in favor of a new gut-and-amend bill, SB 743, that would allow the Sacramento Kings to build a new arena in the ruins of the K Street shopping center without litigation delay. This is, of course, an attempt to stave off the courtship of Microsoft CEO Steve Ballmer, who wants to move the Kings to Seattle.

Roll your eyes, dear reader, but then read on.  Apparently some provisions of SB 731 have been grafted onto the stadium bill.  ClimatePlan and our CEQA + Infill Dialogue spent months working to influence SB 731. We hoped to align CEQA with our goals of building sustainable and equitable communities – and we had a lot of success. Of particular interest to us ClimatePlanners were two provisions in SB 731 that would:

* Reform CEQA’s transportation analysis to focus on reducing greenhouse gas emissions and car trips, rather that the outdated and car-centric metric known as Level of Service (LOS). This would be a game changer for transit-oriented development, bike lanes, bus rapid transit and other projects that are good for GHGs but bad for cars.  It would also eliminate insufficient parking as a standalone impact under CEQA.

* Direct the Governor’s Office of Planning and Research (OPR) to develop a first-of-its-kind study on economic displacement, the involuntary departure of residents from a community as a result of rising rents and home prices. OPR would then use that study as the basis for new guidance to local communities on how to evaluate and address displacement. This would be an important first step in getting the State of California and local agencies to begin acknowledging and addressing this growing social equity concern.

We don’t yet know exactly which provisions from SB 731 made it into the new FrankenCEQA bill.  At a hearing late last night, pro Tem Steinberg announced that the LOS reform will be included, but he didn’t mention displacement or parking. We’ll keep you posted as details emerge.

As others have opined before, the final weeks of legislative session are a case study in democracy at its worst.  What’s happening with CEQA is no exception.  This CEQA bill may yet have some redeeming qualities that will move the ball down the court, so to speak, for sustainable communities. I’m certainly not attached to the K Street shopping center with its mostly vacant storefronts and piped-in muzak – and there’s not even that Cinnabon smell, IMHO the only redeeming quality of aging malls.

But I do believe that large projects like stadiums are exactly the sort of projects that CEQA was designed to review.  This bill would continue a troubling precedent of granting special favors to large economic development projects that started with the LA stadium several years ago.If this stadium deal is gonna happen – and it was pretty clear, even before the late night deal, that it IS gonna happen – then let’s just hope we get as silver a lining as possible.