As 2014 draws to a close with some welcome rain for this drought-stricken state, we at ClimatePlan want to pause, look back, and say THANK YOU. 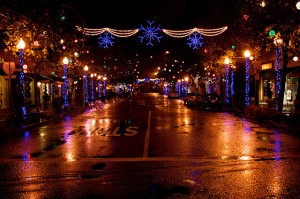 Thanks to all our partners and funders, for your support and collaboration on this big undertaking. Together, we’re changing how California grows to become more sustainable and equitable.

We hope you enjoy our round-up — a Top Ten, in no particular order — of the year’s news and accomplishments below. It’s quite a list! Thanks for all you’ve done to make this happen, and to build a brighter future.

(Did we miss something? Add it in the comments below!)

Starting off here at home: ClimatePlan itself had a big year, with the departure of founding Director Autumn Bernstein (see her travel blog here) and new Director Richard Raya coming on board.

ClimatePlan also released our 2018 Strategic Plan, a product of years of conversations about how to build on policy victories, fight climate change, improve public health, preserve our state’s lands and water, and bring more equity and opportunity to all parts of our communities.

A primary focus for ClimatePlan is transportation funding: California’s laws AB 32 and SB 375 aim to reduce greenhouse gases and reduce driving through better land use — but funding is what actually implements those laws.

To support this, ClimatePlan and partners worked to better align one of the state’s main sources for transportation funding — the State Transportation Improvement Program (STIP) — to meet the climate-change-fighting goals of AB 32 and SB 375. After a year of hard work, we were rewarded with a new draft of the STIP guidelines that includes:
– Recognition of regional and statewide goals
– Performance measures that track Vehicle Miles Traveled per capita, and percent of housing and jobs located within ½-mile of transit stops
– Performance measures for individual projects, including new bicycle lanes and additional transit miles

(Put on your baseball cap on for this update!)

As the last major region of the state got ready to implement SB 375, everyone watched San Joaquin Valley transportation agencies take their turn at the plate. Heavy-hitter Kern County started strong, getting on base (as NRDC explains) though it could have hit the ball further, especially for disadvantaged communities. Then Madera struck out: its plan actually increases per-person GHG emissions. Merced was out next; its plan missed the targets, and the Sierra Club Tehipite Chapter and Center for Biological Diversity sued.

The Valley was down but not out when Fresno stepped to the plate. Though it missed the perfect pitch by not choosing our coalition’s Scenario D, it more than doubled public transit funds, and agreed to create a new grant program prioritizing the needs of disadvantaged communities. With Kern on third and Fresno on second, Tulare loaded the bases by becoming the first Valley transportation agency to require transportation projects to mitigate their impacts to farmland (page 33) when feasible.

Stanislaus and San Joaquin continued the rally and began knocking in the runs: Stanislaus chose a scenario that is more compact than the staff recommendation, and substantially improves its transportation investments. The San Joaquin plan would double current housing density and cut road construction funds by a quarter, shifting $1B to road maintenance, transit, and bike-ped safety.

Although not without some errors, it was a strong inning and a good game! Another team player, Kings County Association of Governments, has already signed up to use their own resources to prepare for next season with improved modeling.

The year 2014 has been eagerly awaited by SB 375 advocates: this is the first year that the Air Resources Board (ARB) could update the greenhouse-gas reduction targets for each region. The targets were originally created, in some cases, without much information. Accurate targets are needed to make the law effective, so that California can meet its climate goals, reducing greenhouse gases by 80% from 1990 levels by 2050.

In January, following a request from ClimatePlan partners, ARB re-convened stakeholders to oversee the targets review. In October, ARB approved a plan to review and update the four largest regions’ targets in time for their third Sustainable Communities Strategies (SCSs), and earlier for smaller regions, including the San Joaquin Valley, for possible updates before their second SCSs. Thanks to advocacy from ClimatePlan and partners, ARB is also carefully reviewing the greenhouse gas reductions in the Valley’s first round of plans.

We will continue to advocate for effective targets that change land use and transportation enough to meet the state’s climate goals.

5) The State Recognizes the Environmental Impact of Driving

Starting a change that could be profound, in 2013, SB 743’s passage changed the California Environmental Quality Act (CEQA) by removing traffic congestion or “Level of Service” as the focus of the law’s transportation analysis. This was a huge win, to move away from a car-centered view of environmental impacts. But the question remained: What comes next?

In 2014, the Office of Planning and Research answered that question with draft guidelines that propose using Vehicle Miles Traveled (VMT) instead. This means analyzing how much projects increase driving, not traffic — a much more accurate measure of negative impacts on the environment. ClimatePlan and partners strongly support this new metric, and we made a number of suggestions to clarify the guidelines and secure a strong threshold to win real VMT reductions. Stay tuned in the new year for news on this exciting change!

This summer, Governor and Legislature agreed on a framework for investing funds from the state’s new cap-and-trade program. Many ClimatePlan partners were part of the Sustainable Communities for All Coalition, which helped to secure funds for High-Speed Rail; Transit and Intercity Rail; Low-Carbon Transit Operations; Affordable Housing; Sustainable Communities; and Low-Carbon Transportation. The total planned for 2014-15 is over $600 million; the percentage of the plan’s funding then drops in following years. The final framework had pros and cons, including a disappointing cut to bike funding and controversy about the role of regional versus state agencies. But the good news is that the total funding for critical programs is significant, putting billions of dollars toward sustainable communities, affordable housing, and climate-friendly transportation. ClimatePlan partners are working hard to make sure that the funds truly advance health, equity, and sustainability.

Back in 2012, ClimatePlan worked with statewide and regional partners to help Southern California adopt a visionary regional plan that invests $246 billion in public transportation, triples funding for walking and bicycling, and places 87% of all jobs within a half-mile of transit.

We’re focused now on making sure this plan is actually implemented at the county level, and it’s clear that watchdogs are needed. When, in May, the Los Angeles County Metropolitan Transportation Authority (Metro) released a draft Short Range Transportation Plan putting $88.2 billion toward six transit and fourteen highway projects, ClimatePlan and its partners were concerned. This was not enough investment in transportation options to help LA County residents drive less. The draft also did not align with the Southern California Association of Government’s 2012 regional plan: instead, it actually increases greenhouse-gas emissions! ClimatePlan and partners submitted a comment letter calling on Metro to make a stronger investment in active transportation and incorporate the goals and commitments from the 2012 RTP/SCS.

This resulted in two victories: First, Metro’s new draft will describe their progress on implementing the 2012 RTP/SCS, including, in detail, how the plan will reduce GHG. Second, the Metro staff will develop an Active Transportation Finance Strategy for Los Angeles County by January 2015. This strategy will define performance metrics, set benchmarks, and recommend changes to increase existing funding sources. We’re looking forward to seeing this next month.

In November, the Southern California Association of Governments (SCAG) held its first Environmental Justice Workshop. The goal of this workshop was to get input from stakeholders to improve access and equity for all communities in Southern California in SCAG’s 2016 regional plan. This plan will be a vision for transportation investments across Southern California, so it’s important that it promote social equity and accessibility for all. Working with our local and regional partners, ClimatePlan developed a set of talking points to strengthen the Environmental Justice section.

But at the workshop, advocates voiced overwhelming frustration and confusion: it was clear SCAG needs to do much more to promote environmental justice in Southern California. As our guest blogger Michele Hasson from Leadership Counsel for Justice and Accountability said, “environmental justice in the SCAG region needs to be brought to the forefront and cannot be relegated to a handful of workshops.” ClimatePlan is partnering with local and regional groups to ensure that SCAG emphasizes environmental justice — as well as equity, public health, transit access, and affordable housing — in the next regional plan.

In late November, environmental groups in San Diego won an important round in court over SANDAG, San Diego’s regional transportation and planning agency. The court found that SANDAG didn’t adequately consider the long-term climate impacts of its Regional Transportation Plan, including “induced demand” — that if you build roads, more people will drive.

SANDAG only analyzed the plan’s impacts using greenhouse gas (GHG) emissions reductions targets for the years 2020 and 2035. The environmental groups made the case that SANDAG should have analyzed projected emissions for 2050. This is based on California’s 2005 Executive Order that calls for reducing GHG emissions to 80% below 1990 levels by 2050.  But SANDAG’s plan actually shows increasing GHG emissions per capita after 2035.

SANDAG lost in trial court, and lost again on appeal. Unfortunately, it has just decided to appeal again. Stay tuned.

And wrapping up with something to toast this New Years — in 2014’s November election in the Bay Area, smart land use, transportation, and equity won by a landslide! In one example, a cohort of ClimatePlan partners, advocating for transportation, health, and social justice, campaigned hard for “Yes on BB,” a 30-year half-cent sales-tax measure. Its passage is a huge win for healthy transportation, including “a billion for bikes”! To learn about all the exciting election results, join the celebration at TransForm, Greenbelt Alliance, and PolicyLink.

You have helped make this a year of progress and achievement. We look forward to working with you to make 2015 even brighter.  Thank you.